The first week of the Battle of Brexit has ended with Theresa May on top and President Jean-Claude Juncker drowning his sorrows in Geneva. Not bad for the first few days of what we expect to be a two year battle to death. Just over a week ago, Juncker leaked details of a private dinner in which he is said to have told May that “Brexit could never be a success.” The spin employed in the leak represented a fundamental misunderstanding of the British: The implication was that th
64 views0 comments
Andre Walker

The European Union has committed suicide in the shape of a press leak in a German newspaper over Brexit. The details of last Wednesday’s dinner between President Jean-Claude Juncker and Theresa May exposed why Brussels will be the ultimate loser from Britain’s departure. Officially, Brussels wants some sort of a deal with Britain—and the British have acted in good faith to seek it. But in reality what they need is money. Juncker himself admitted that the EU cannot continue wi
40 views0 comments
Andre Walker

Today Sir Kier Starmer, the Labour Party’s Brexit spokesman, laid out his plans for Britain’s future if his party wins the election on June 8. His policy was similar to that of the Liberal Democrats, and indeed most of the House of Lords. It can be roughly summarized as ‘a total sellout of British people.’ Read the full article at the New York Observer. #kierstarmer #labourparty #europe #eu #brexit #generalelection #ge17
37 views0 comments
Andre Walker

The Leader of the British Liberal Democrat Party, Tim Farron, has claimed that the upcoming general election is a chance to “change the direction” of the government to avoid Britain fully leaving the European Union. Farron has already pledged a second referendum on the final Brexit deal and wants to see Britain retain its membership of the European Single Market free trade area—despite public opposition. The battle lines were drawn between Farron and May because European lead
17 views0 comments
Daily Express

A POLITICAL commentator has hit out at “disparaging” language used to describe Brexit and Donald Trump’s appeal to voters. Andre Walker, a right-wing columnist, said the US President’s popularity was not due to “populism“ but because the Republican billionaire set out a manifesto and is sticking to it. Mr Walker added Brexit could be put in the same bracket but the “modern world” appeared to consider the movements “extreme and outlandish”. Speaking on Sky News, the New York O
22 views0 comments
Daily Express

A POLITICAL commentator lambasted reports of a jump in hate crime after the EU referendum - saying they are being used to unfairly brand Brexiteers “racist bigots”. Columnist Andre Walker said the spike was down to an “increase in reporting” and not because the British people are “evil and nasty”. Three quarters of police forces in England and Wales recorded their highest levels of hate crimes in the three months after the historic vote to Leave. More than 14,000 incidents we
20 views0 comments
Daily Express

'The SNP doesn't have a clue!' Columnist blasts party over 'Little Britain Brexit&#3

A CONTROVERSIAL political commentator and columnist branded the SNP stupid over claims 80,000 Scottish jobs will be lost if Britain pulls out of the single market. Andre Walker, a right-wing columnist, slated the SNP party for “not having a clue” when it comes to economics. The outburst came as Nicola Sturgeon and her party accused Theresa May of pursing a “little Britain Brexit” which could lead to tens of thousands of jobs lost in the country. Angus Robertson MP blasted the
35 views0 comments
Andre Walker

British PM: Europe Should Not ‘Self-Harm’ With Punitive Brexit Deal

Theresa May's lack of clarity ended today, with a 12-point plan for UK negotiations with the EU. Theresa May today set out her stall for Brexit, including a departure from the Single Market, and warned Brussels that any attempt to punish London would be “an act of calamitous self-harm.” She told an audience of European Ambassadors that the UK would no longer be subject to European Courts, nor pay into the EU, but would be willing to continue to supply counter-terrorism suppor
4 views0 comments
Andre Walker

Theresa May Was Right to ‘Handbag’ Europeans

Ever since Britain’s referendum to leave the EU caused an earthquake in global politics six months ago, the mood in the UK has been gloomy. Pundits, politicians and business leaders have lined up to say how the British were either fools or liars to think we should be self-governing. In today’s speech, Theresa May blew that cynicism away. She stood up and told Europe that far from begging for mercy the British need to be respected. Why should we beg them not to give us a punis
3 views0 comments
Daily Express

A FORMER political aide and right-wing columnist hit out over Theresa May’s "failed" immigration policy during a heated rant over "uncontrolled borders". Andre Walker, a writer for the New York Observer, criticised the prime minister for failing to reduce net migration during her time as Home Secretary - allowing Britain to “fill up” with unskilled Eastern European labour. He claimed that unless Mrs May was willing to give up freedom of movement in her Brexit talks, it was li
20 views0 comments
Andre Walker

Theresa May Was Right to ‘Handbag’ Europeans

Ever since Britain’s referendum to leave the EU caused an earthquake in global politics six months ago, the mood in the UK has been gloomy. Pundits, politicians and business leaders have lined up to say how the British were either fools or liars to think we should be self-governing. Today’s speech, Theresa May blew that cynicism away. She stood up and told Europe that far from begging for mercy the British need to be respected. Why should we beg them not to give us a punishme
4 views0 comments
Andre Walker

A second legal challenge to Brexit has been launched. The full press statement from the claimants (Peter Wilding and Adrian Yalland) is below. This site has no connection with the action and this is being reproduced in order to create a link that can be placed on social media. "STATEMENT FROM JOINT CLAIMANTS ON JUDICIAL REVIEW OF THE GOVERNMENT OVER ITS LEGAL POSITION ON UK MEMBERSHIP OF THE “SINGLE MARKET” Peter Wilding and Adrian Yalland commence action in their Judicial Re
191 views0 comments
Wire FM

Andre Walker has appeared on Wire FM (Warrington) to talk about the similarities between the election of Donald Trump and Brexit. You can listen back on . #brexit #donaldtrump #wirefm #uselection
2 views0 comments
Andre Walker

Brexit has been dealt a major blow after the High Court ruled the British government cannot leave the European Union without a vote in Parliament. Three of Britain’s most senior judges found in favor of a group of Remain campaigners who argued the referendum alone did not empower the prime minister to leave. The move has triggered a constitutional crisis in Britain, because the government had written to every household before the referendum saying it would implement the resul
5 views0 comments
Andre Walker

Stop Dreaming, Obama: There Will Be No EU Trade Deal

When President Obama came to the UK shortly before the Brexit referendum, he told British voters they would be “back of the queue” for a trade deal with the U.S. At the time, his intervention caused an angry response with #F*ckOffObama trending on social media. It was only when the result of the referendum was known that it became clear the queue consisted of just two entities: Britain and the EU. According to the former cabinet minister Iain Duncan-Smith, the erstwhile Prime
11 views0 comments
Andre Walker

It was supposed to be the seismic political event that shapes the world as we know it. A new (old) power emerging from the shackles of European Socialism to fight for free trade, Anglosphere power, and Western values. The sad news is that the people behind Brexit are the British, a bunch of old women who love to moan but are often short when it comes to actually doing anything. For decades my countrymen moaned about how much they hated the EU yet seemed incapable of opposi
23 views0 comments

Press TV has conducted an interview with a senior adviser to London's former mayor, Lee Jasper, and political commentator Andre Walker, both from London, to investigate a report by the UN Committee on the Elimination of Racial Discrimination (CERD) accusing politicians in the United Kingdom of fanning the flames of hate crimes against minority groups in the weeks before and after the Brexit vote on June 23​. Read the full article at Press TV #racism #brexit #europe #eu #refer
8 views0 comments 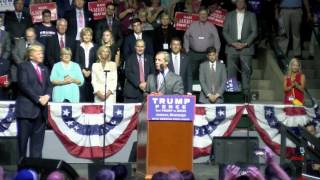 UKIP on the March: Independence Will Continue to Win

For decades, one of the world’s most significant religious figures was Mother Teresa of Calcutta, a nun who worked with the poorest in India. She was powerful, promoted by one of the most political Popes in the history of the Catholic Church. Teresa met heads of state, religious leaders, all in front of a cast of a TV audience of millions. Despite her numerous accolades and achievements, her death in 1997 went almost unnoticed. Had she fallen from grace, or did the public’s a
5 views0 comments
1
2