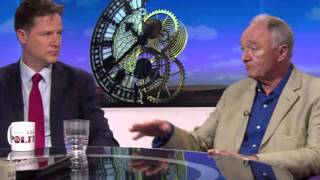 LONDON, United Kingdom - The former Mayor of London, Ken Livingstone, has appeared on BBC Daily Politics to defend himself after being accused of antisemitism. It followed his appearance on BBC London earlier yesterday when he said: "When Hitler won his election in 1932 his policy then was that Jews should be moved to Israel. He was supporting Zionism before he went mad and ended up killing six million Jews." Labour MP John Mann then accused Mr Livingstone of being a "Nazi ap
7 views0 comments