Britain Should Stand With America Not The EU

The theory in American politics at the moment appears to be ‘if you say it enough it’ll become true’. For weeks now the Democrats have been desperate to suggest President Trump is some sort of Russian spy, who beat Hillary Clinton because of foreign interference. Democrats seem incapable of accepting Clinton was a tainted candidate with real questions over her fitness to govern. And in any case America was crying out for change, racial tensions and falls in living standards w
161 views0 comments
Andre Walker

The Speaker of the British House of Commons, John Bercow, is facing a motion of No Confidence over his unilateral decision to ban U.S. President Donald Trump from Parliament. Bercow made the announcement that he would not allow Trump to address MPs in order to defend against “racism and discrimination” earlier this week. Addressing the House of Commons, Bercow said: “We value our relationship with the United States. If a state visit takes place, that is way beyond and above t
15 views0 comments
Luke Dolan

A columnist has told talkRADIO the UK's negotiating position with the US is strong ahead of the Prime Minister's meeting with Donald Trump. Theresa May will be the first foreign leader to meet with the new President when she sits down with Mr Trump in Washington D.C. tomorrow. The pair will reportedly discuss Nato, trade post-Brexit, and working together for security and intelligence reasons. Andre Walker, a columnist for the New York Observer based in London, said why he tho
25 views0 comments
Andre Walker

Ever since Nigel Farage, the father of Brexit, turned up at Trump Tower on Saturday, London has been in a spin. The establishment, including Theresa May’s Conservative government, is split between those who see the relationship with Trump as an asset to the UK, and those who just see Farage as a toxic, self-serving populist. At Wednesday’s Prime Minister’s Question Time there was a question about Farage being put into the House of Lords, but May dodged it. It is well known th
7 views0 comments
Wire FM

Andre Walker has appeared on Wire FM (Warrington) to talk about the similarities between the election of Donald Trump and Brexit. You can listen back on . #brexit #donaldtrump #wirefm #uselection
2 views0 comments

Mischaël Modrikamen, President of the Belgium People’s Party, writes "letter" to American people encouraging them to vote Trump and reject Hillary Clinton. He claims the the battle is more than just an election but rather "it has become the people's sacred fight to reclaim it's sovereignty". In the video Modrikamen compares Hillary Clinton to European leaders, he claims are to blame for the decline of Europe. #trump #belgianpeoplesparty #MischaëlModrikamen #donaldtrump #presi
54 views0 comments 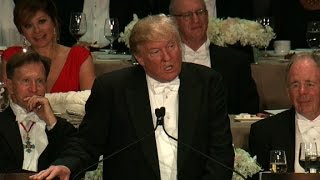 Sir Nicholas Soames MP, grandson of the British wartime Prime Minister Winston Churchill, has branded Donald Trump “loathsome” on Twitter. The Member of Parliament for Mid Sussex is the son of Churchill’s youngest child Mary Spencer-Churchill and her husband Lord Soames. Soames tweeted: “Trump is a truly loathsome, hateful, ignorant puffball and a Putin sap #surelyhecantleadtheGreatDemocracy”. After he was questioned on the social media ste he added “Nuclear powered chateau b
262 views0 comments
Andre Walker

What Has Nigel Farage Told Trump To Say In Tonight's Debate?

Long before the media was fretting over The Donald’s comments about women there was concern amongst Team Trump over how the billionaire would perform at the Presidential Debate tonight. He was widely seen as ill prepared and weak on his first time out against Hillary Clinton, but his team believed he had a secret weapon from across the pond. That weapon is one of his biggest supporters, the Leader of the United Kingdom Independence Party, Nigel Farage. Mr Farage is a wealthy
5 views0 comments